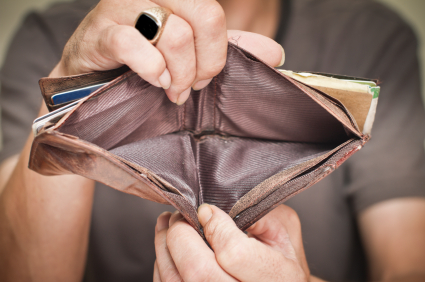 With  7 out of every 10 Americans living paycheck to paycheck, we’re not generally surprised to hear about the millions of people currently living in – or pretty close to – poverty. It’s so normal that we applaud ourselves for working hard to make ends meet even though many of us live each day managing some level of lack. We treat this perpetual lack as if it’s some sort of badge of honor. It’s not.

In a very real sense, many of us are just a stone’s throw away from finding ourselves in financial trouble. Poverty lies in wait for us if we are to miss a month or two of paychecks. We know how unstable our futures are and we wear that instability as if it’s some sort of battle scar.

I HATE this thinking!

It makes it okay for you keep living paycheck-to-paycheck

I hate the mindset that makes it okay for brilliant minds and talented hands to be a paycheck or two away from financial ruin and think it’s normal. Because it should not be. Not in this country and not at this particular time in U.S. history. Let’s look at a few quick facts about the average U.S. household:

Now, I recognize these numbers are skewed by the top 10% of Americans who earn at least $148,000 per year and have discretionary income in excess of $60,000 per year and the bottom 20% of Americans whose earnings don’t top $20,000. But the majority of us are in that middle area earning about $40,000 and having $20,000 is in discretionary income. $20,000 is nothing to sneeze at. That means on a daily basis, $11 of the dollars the average American earns per hour can be invested or spent and the decision is ultimately up to the earner.

Why the Words “I’m Broke” Are No Excuse for Poverty 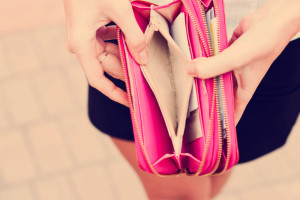 How do we justify this pervasive ethos of “being broke” when we have twenty grand to blow every year? We can’t, really. But we have a hard time seeing that our problem is not being broke, our problem is either one of three things: under-earning, living beyond our means, or being a slave to our appetites. In other words, we willingly send ourselves to the poor house!

There are some easy ways to recognize if you are sending yourself to the poor house. Here are ten common ways we drive ourselves into poverty:

Where do you fall in the great money debate? Are you in the bottom 20% or the middle 33%? Wherever you may fall, do you feel you are earning enough money to support your lifestyle? If not, is the problem overspending or under-earning?

You can be creative about how you cut back if you are overspending. On the flip side, if you are under-earning, I have the solution for that as well – earn more! I can show you how.