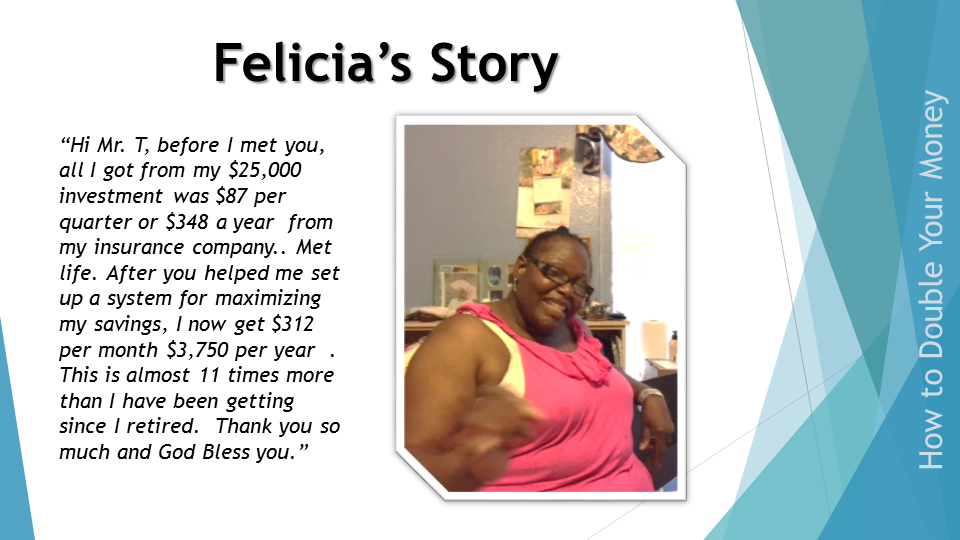 Toyin has made a believer out of Felicia. With $29K stashed away in a retirement account, MetLife was only paying her $87 PER QUARTER in interest. That’s 1.2% in interest per year. Toyin presented Felicia with an alternative – private lending. Felicia agreed, lending Toyin $25,000 with an expected ROI of 15%.